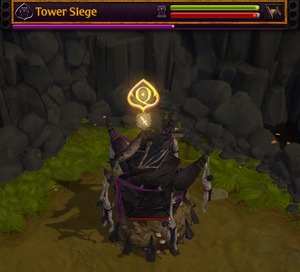 Destroy an enemy tower or defend yours from attack. You will earn bonus gold and experience fighting near either team's most damaged tower.

Optional Objectives: Kill Wood Imps in the forest to gather materials for an Advanced Catapult. Deploy it near your minions to aid in the siege. 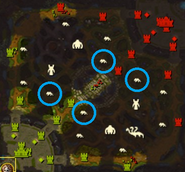 An Advanced Catapult Laying Siege to an Enemy Tower